Vulkan API Support: In 5.4 the engine includes a beta version of the Vulkan renderer to accompany the DX12 implementation from last year. Vulkan is a cross-platform 3D graphics and compute API which enables developers to take advantage of high-performance real-time 3D graphics with balanced CPU / GPU usage. For the preview release, Vulkan support in CRYENGINE will be compatible for projects on PC, and the aim is to deploy additional Android support in future.

Substance Materials: Users can now use Substance Archive files (*.sbsar) to create Substance Graph instances for texture generation. This is a workflow which was used by Crytek’s development team during the production of the award-winning Robinson: The Journey as well as the current production Hunt: Showdown, and is now available to all users within the Sandbox Editor.

Entity Components: CRYENGINE's new component entity system provides a modular and intuitive way to create games. It allows level designers to place standard prefabs into the game which can be used via Schematyc for event updating. This expands the ways in which non-coders can simply and rapidly create entire games with CRYENGINE.

C# Templates: Expanding the Launcher improvements, the engine now includes a selection of templates to get users up and running quickly. Several templates have been brought over and updated from the C++ template section, including the Blank Plugin and a C# Third Person Template.

Terrain Upgrades: 5.4 expands the terrain system with upgrades to further raise the fidelity for landscapes. Objects may now be marked to become part of a terrain mesh, allowing a much higher level of detail and dramatically extending the capabilities and flexibility of CRYENGINE’s terrain editing tools. Developers can also take advantage of an improved terrain shader to support terrain object blending for blends between objects and the terrain with material falloff.

For full details on everything included in this expansive update, please visit www.cryengine.com and the full release notes contained in the documentation. 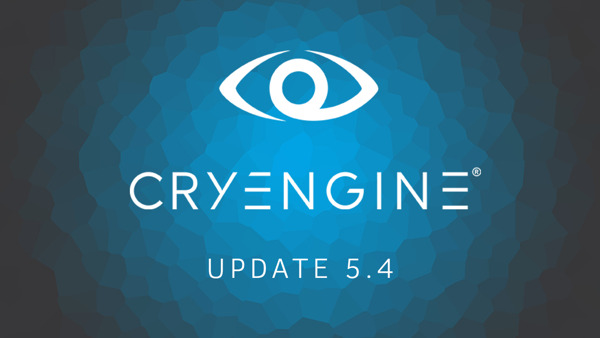